Why I Was Ready to Quit Social Networking 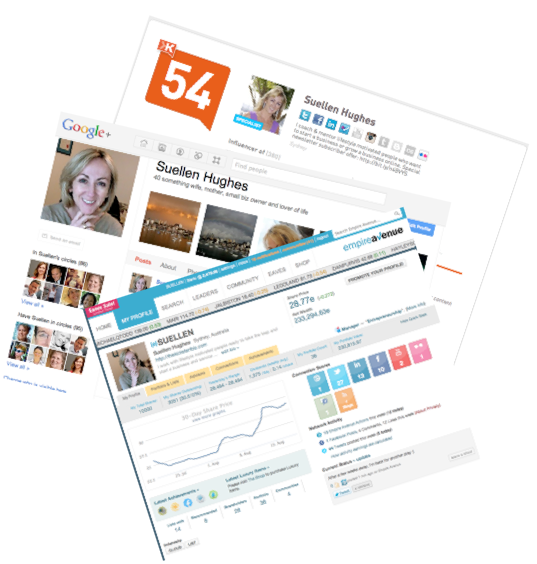 How Many Social Networks Do You Use?

These are the main social networking sites I’ve been using for both business and personal networking.

Nothing unusual or special about that right?  In fact, some of you are probably thinking – is that all?

A lot of people are much more active than me at social networking.

So why  was I ready to quit social networking?

Social Networking is Free but There’s a Cost?

There’s so much social networking to be done that it all got a bit too much for me.  I felt I was letting my community down if I wasn’t responding to their tweets, updates, recommendations and shares.

The final straw was Empire Avenue (EAv).  Nothing against Empire Avenue – in fact, I love it.  That was the problem.  My competitive streak kicked in and I felt that if I wasn’t paying enough attention to my shareholders and my stock, that my stock price would start tanking – which it did.  I started spending more and more time checking EAv and buying and selling shares.

It’s “free” but the true cost to me was very high.  I wasn’t getting anything done!

Business, Personal or Both?

I know everyone says to “be yourself” online and I agree to an extent.  I don’t want to pretend to be someone I’m not but I do want to maintain a “professional” standing on my social networks because I use them for business and personal networking.

Some people recommend using different identities for personal and business.  This feels like doubling the workload to me.

Others suggest using social networking for  business only.  I like socialising with my friends and family online – especially as many of them don’t live locally so that’s how we communicate.

One of the reasons I like Google+ so much is that I can choose who I want to share information with by grouping my community into Circles.  Sure people can still search and find everything I’ve written and that’s fine.  I don’t have anything to hide.  I just don’t want them to have to read it if it’s not relevant to them.  Google+ is still relatively quiet though so that’s not the solution for me just yet.

I’ve ended up neglecting my friends and family but that doesn’t sit well with my values.  Sure, I can use personal messaging, email or direct messages but that’s an artificial step and not the natural way to engage on social networks.

Systems and Processes are Key.

This is obvious.  I’m an organised person.  I get a lot done.  Yet, when it comes to social networking, I’m all over the place.  I tweet sporadically. I post at odd times, when I’ve got a spare second.  I comment when something catches my attention.  I’m not using metrics to tell me what’s working.

I use Hootsuite which I love.  It allows me to organise the people I follow into categories (streams) and I can update across multiple social networks at once.  It also allows me to schedule tweets, which I do sometimes but it’s clunky.  It also has an RSS feed on the paid version which is a useful feature.  I don’t see the point of “auto-tweets” or system-generated quotes of the day so won’t do that.

I have no interest in attracting hoards of followers just to play the numbers game so I won’t use any of those auto-follow tools either.

I use some digital curation tools such as Reeder which allows me to post tweets and updates directly from my iPad as I find articles and posts I think my community might enjoy.

Apart from that I’m afraid to say, it’s all a bit haphazard.

Leave it to the Experts.

You may think you’ve come to the part of the post where I share my tips and tell you I’ve cracked it and can now manage my social networking in 10 minutes a day.  I wish!

What I’ve decided to do, is get some help from some experts and from you 😛

I’ve got a gazillion things I need to do and I don’t have time to work out my own best system for managing my social networking so I’m going to copy.  My husband (a.k.a. Adonis) shared with me the quote “creativity is great but plagiarism is faster”.  Now generally, that would be a no-no but in this case I think I’ll take that onboard.

I’ve scanned the people on my radar who know about the social networking and I’m going to learn what I can from them and put it into practice.

Here are the people I’m going to  learn from:

That’s my starting list.  I’m going to choose one topic at a time and see what I can learn and more importantly, action.   I love social media so I hope that I can find a way to get my mojo back and make it work for me personally and for my business.

Do you have any tips and tricks for managing social networking more productively you’d like to share with me?
Am I the only one feeling a bit overwhelmed?  What are your frustrations?
Who do you recommend as the “go-to” person for social networking?

If you liked this post or think others might, please share it.  Let’s connect on the social networks if we’re not already and I can learn from you too.

How to write, produce, publish and sell an eBook for only $5 – Part 2
Twitter Productivity Tools & Processes

28 Responses to Why I Was Ready to Quit Social Networking